News of the Month

This month has been great for us here at Maine ₿TC once again! With your help we have been able to add two new locations in the last 30 days, and expect to continue seeking out underserved areas where we may be able to provide an opportunity for you to acquire Bitcoin, Ethereum, and Monero. Don't be shy, walk on in and see for yourself! 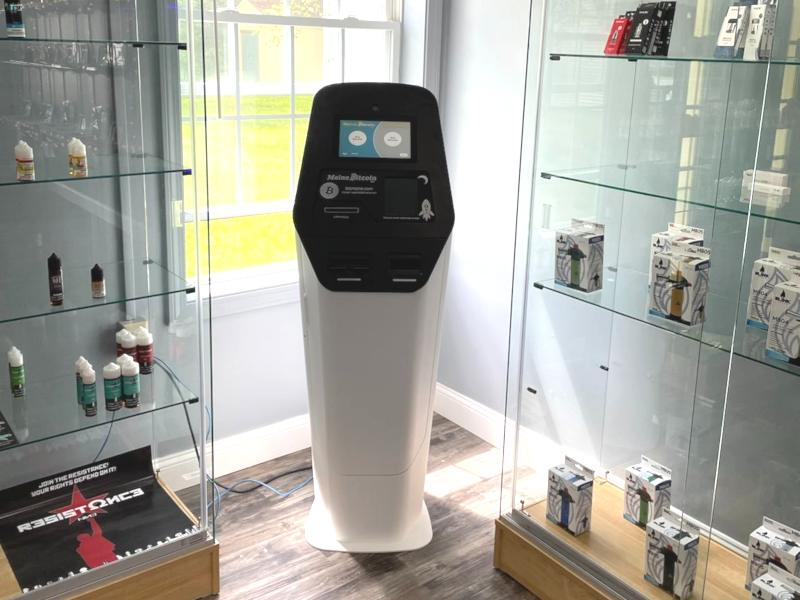 We also had a tremendous month for meetups in July, with plenty of time spent learning, brainstorming, and getting to know fellow bitcoiners and liberty minded people! Being able to spend time forging relationships eye to eye is such an essential and overlooked part of a movement so deeply rooted in the digital space. We really hope to see these meetups grow and flourish, and hope you can make it to one or all of the upcoming events! Here is what we have on the schedule for August.

These and more future meetup events can be found by visiting the Maine ₿itcoin Meetup Group website. We hope to see you there, and if you have any questions or are looking for more information feel free to contact us. 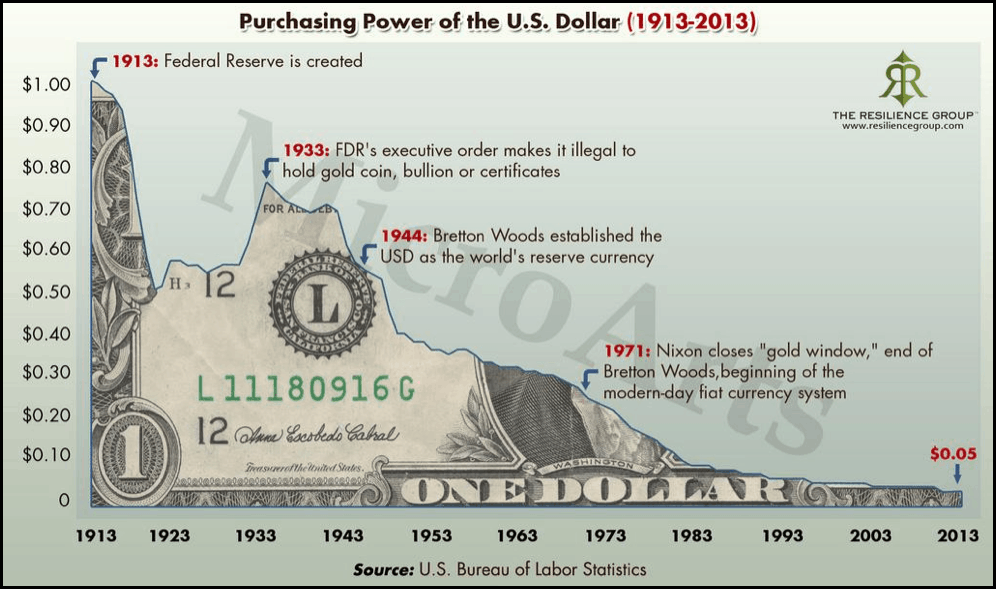 Money has taken many forms throughout history – from seashells to salt to stones and more. For hundreds of years leading into the 20th century, gold was the standard for global money because, more than anything else, it most closely met the criteria of sound money, and people generally found it agreeable for that purpose. As such, nations held gold in reserve to support the value of their currencies. If they wanted to create more currency, they had to acquire more gold, ensuring that the currency’s values were justified because gold vouched for its integrity.

In 1971, with gold-backed US dollars serving as the world’s reserve currency, the United States unilaterally severed the convertibility of dollars to gold. 5 From that point onwards, all global currencies started a journey into unchartered territory, unsupported and unrestrained by any credible reserve asset. In effect, the sound characteristics that had been conferred by gold were traded for expediency, giving countries free reign to under- mine the integrity, and therefore the value, of their currencies, regardless of the consequences.

Unlike gold, trust in this new system was not agreed upon, earned, or proven – it was appropriated. This is the grand illusion of the modern monetary system. Like waving a magic wand, an executive decree made a trusted golden foundation vanish, and replaced it with the printing presses and paper promises of “fiat” currency.

A “currency” is a promissory note that is meant to be redeemable for some promised value – for a credible monetary asset. In the past that promise was gold.

A currency can be labelled “fiat” when its promised link to monetary value is broken, or was non-existent in the first place, but its use is still insisted upon by authorities. As it stands today, fiat is the standard for all state currencies.

All major global currencies – dollars, euros, yuan, yen, pounds, francs, etc. – are fiat in nature because they are not redeemable for any monetary asset, they are issued by central authorities, and their use is insisted upon by law. Under the fiat system, the value of a currency is derived, in part, from the relative trustworthiness and stability of the issuing nation, meaning its government’s fiscal responsibility and political reputation. Other considerations, such as a currency’s supply and demand in trade markets, also factor in.

Without a sound asset against which to pledge its integrity, currency supplies can be increased at will, diluting their value without consent from its citizenry and enabling governments to write checks they cannot honestly cash. In Latin the word “fiat” translates to “let it be done” or “it shall be.” In other words, the world uses fiat because “they said so.” 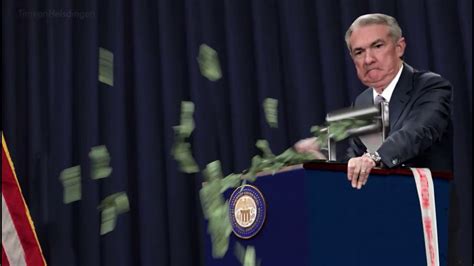 "Debts and lies are generally mixed together."

Faced with this question and enough time to truly ponder it, chances are most of us would come up with a vanishingly small list of people very close to us as an answer. What if it is extended to "What institutions do you trust"? After the events of the past year or more, trust in what had long been seen as "bedrock" institutions has been eroded to a point where many feel awash in a sea of half-truths and outright lies. One such establishment having operated in relative obscurity in the minds of most Americans but now being exposed for the fraud it has long since become is the Federal Reserve. It has flown under the radar of most hard-working people due in large part to the fact that even the most basic facets of our monetary system are never taught to us during our formative years.

Indeed, you yourself may have never even heard the term "fiat money" until quite recently, and may have never even imagined such fundamental questions as where does the money come from? Who decides how much money is created? As a matter of fact, why is it this piece of paper with this number on it has any value whatsoever? You see, money is such a foundational part of society that it is often taken for granted, especially in today's fast-paced world, as simply something that "is". But a journey through the history of money quickly reveals that what we know as money today is actually quite a recent experiment in the medium. You realize that in fact, governments have never been a necessary part of deciding what we use as money, but instead we as humans have historically used various instruments to account for value, moving on to a better form as determined by its necessary properties until we landed on a certain tool.

One of the easiest properties of a good money to understand is that of scarcity. We quickly grasp the concept that the less there is of a desirable good, the better that good maintains its value. If Nike came out with a new pair of Jordan sneakers and said they would only be making 1,000 pairs, demand for the highly coveted shoes would undoubtedly drive the price higher. As the years wear on, consumers wanting to acquire a pair of these would inevitably be forced to pay a higher and higher cost, in order to coax the shoes from their previous owner. But what would happen if Nike then came out five years later and announced they would be making another 200,000 of these Jordan sneakers in order to satiate the market's demand for them? We intuitively know that now the pair we own would be devalued, as it no longer possesses the necessary scarcity to precipitate a higher value.

Therefore, in order for us to consider buying a pair of the sneakers a "good investment" in the first place, we would need to trust that Nike would in fact not whimsically create a larger supply later, and thus inflate away the value of our pair. In order to strip away some layers of this trust, it would need to be inherently difficult to create more pairs of these shoes, a property known as "unforgeable costliness". For if it only takes the pressing of a button to create more, and the creation of more would be advantageous to the entity able to decide whether or not to create them, then there is very little incentive for them not to do so. Thus, by being forced to place an inordinate amount of trust in institutions run by humans to not do the thing that would benefit them at the cost of harming us, we are placed at a perpetual disadvantage; one which quite simply cannot be overcome.

Enter Bitcoin. Suddenly, written code dictates the supply schedule and issuance, not the whims of a select group of humans detached from the harm their actions create. Participants in the monetary system now have the ability to "opt in" to the rules set forth in this code, and can rest easier knowing that these rules are not subject to change without warning. The creation of new units of bitcoin requires an enormous amount of computational work, yet the verification of those same units can be performed for an exceedingly small cost, and can be done by each individual participant in the comfort of their own home. Suddenly, the power begins to shift away from elite cabals and monetary dictators and into the hands of the average worker, just trying to squirrel away enough funds as to not be completely devastated by an unexpected life event.

This "Proof of Work" and the unforgeable costliness of creation was present in the seashells used by humans thousands of years ago, and also in the gold used up until the present day. What these lack in easy verifiability, however, bitcoin has in spades. When the US government decided to move away from backing the creation of dollars with the necessary creation of gold, the indispensable properties of a good money were stripped away, and replaced with layer upon layer of trust in smaller and smaller groups of bureaucrats. These same people now insist they are necessary to facilitate value transfer and money creation, and attempt to cast doubt on bitcoin as "an experiment"--but the veil has been lifted, and we can now see the true experiment is that of this monetary system built on "fiat decree" and unearned trust.

All that remains to be done at this point is to make a decision to opt back into a true sound money system incapable of whimsical change, and beholden instead to the rules set forth in a tiny computer able to sit on the coffee table in your home. The ability to opt in or out of a global, permissionless system exists today, and we aim to put this capability in as many places as we possibly can, making it easier than ever before. "Don't trust, verify" is more than a catchy slogan; it is a way of life, and one which, in these trying times especially, should be welcomed and embraced by all on the journey toward life, liberty, and the pursuit of happiness. Come on down and see us or contact us for more info on how you can do so right now.