May 2021, We're Expanding across Maine, Pizza Day Events ..and Antifragility?

News of the Month

We continue to grow in order to best serve our customers needs and keep up with demand! This month alone we have added two new locations that allow customers to buy and sell both ₿itcoin and Ethereum. 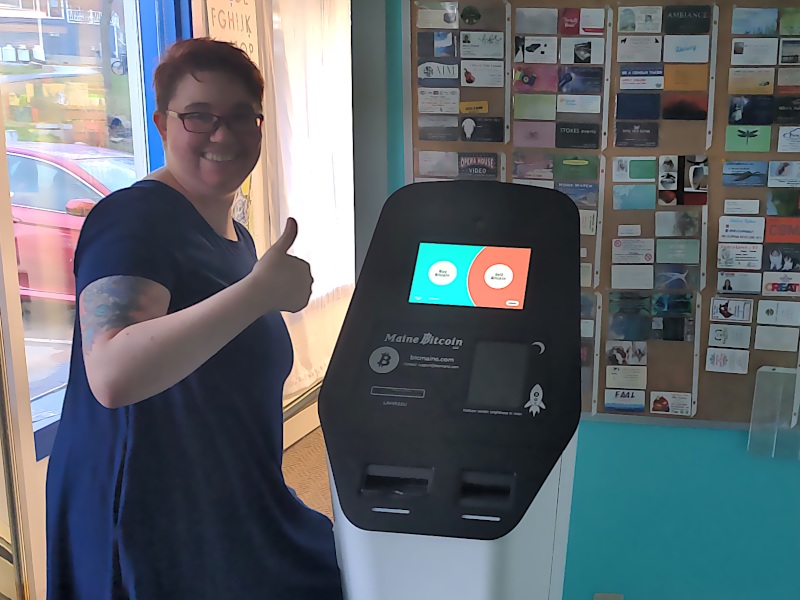 Pop in for a visit today, and keep an eye out for locations to come in the near future in areas such as Ellsworth and North Windham! Our focus is on providing adequate locations for customers in all areas of the Great State of Maine to buy and sell cryptocurrencies quickly, easily, and with minimal invasion of personal privacy. We take this goal very seriously, and look forward to releasing more announcements! As it stands today, Maine ₿itcoin, LLC has over a dozen area locations that allow customers to buy and sell various cryptocurrencies, stretching from Bangor to Sanford. We also offer appointments to either make in-person trades or for personalized learning and tutorial sessions. Take advantage of these great offers and more today, or contact us for more information.

Additionally, we would love to see you attend an in-person ₿itcoin meetup at Stars and Strikes Pizza and Bowling Center at 108 Park Street in South Paris on May 22nd from 1:00 PM to 4:00 PM to commemorate "Pizza Day". Come meet some real- life bitcoiners and have some pizza and some fun. And if that isn’t enough pizza for you, Athens Pizzeria, located at 179 Main Street in Thomaston will be offering a 20% discount when you order and pay for your pizza using ₿itcoin! A monetary revolution is taking place right before our eyes, don’t let another day pass without participating! Whether it’s BTC, ETH, or XMR, it is waiting for you now at ₿itcoin Maine, LLC locations. See you soon!

Throughout its history, there have been several attempts to manipulate Bitcoin, but none have been successful. Bitcoin has proven that it can withstand attacks from governments, institutions, and even its own miners. Unintentional or geographically contained events such as power and Internet outages are temporary and limited.

In 2017, it even survived a major conflict among some of its most ardent supporters. During that episode, a group of influential figureheads, currency exchanges, entrepreneurs, and miners lobbied for a controversial protocol change to increase the block size from 1 megabyte to 8 megabytes. This was intended to increase Bitcoin’s transaction capacity, but the added data would have overly burdened common computers and Internet connections, negatively impacting decentralization. When implementation was attempted, the proposal was firmly rejected by Bitcoin’s quiet, disperse, and loyal bookkeepers – its nodes – which refused to run that proposed version of the software.

A similarly powerful consortium would have had their way in just about any other industry, but due to the pivotal role that nodes play in decentralizing authority, they swiftly dismissed this scheme simply by running the same software they always run.

This is a fitting example of the operational fortitude and integrity of Bitcoin. As concerned citizens, nodes continually cast votes that determine consensus, confirming the valid state of the blockchain and its rules of engagement. This helps to ensure that its ledger remains immutable and its agreed upon rules are never broken.

Not only is Bitcoin extremely difficult to manipulate, but its community of developers and supporters regularly contribute to its evolution, improving its strengths and shielding its weaknesses. Some recent and noteworthy developments include:

• Blockstream launching a satellite to broadcast Bitcoin’s ledger data from space, making it accessible to the majority of the world, regardless of Internet connectivity

• Mesh network devices, such as goTenna, which can relay transactions in the absence of cell, Wi-Fi, or satellite service

• Open-source software applications such as BTCPay Server, which allows anyone to become a payment processor

• There has even been a recorded instance of a transaction being broadcast via radio waves.

These examples highlight how Bitcoin developers and contributors are not only focused on improving the Bitcoin software itself, but are making concerted efforts to ensure that it can function adequately in worst-case scenarios by surrounding it with a suite of complimentary products and services. Each new method for transacting with and verifying Bitcoin enhances the network’s resilience, which grows more formidable each day, bolstering prospects for its long-term autonomy and durability.

“Antifragility is beyond resilience or robustness.

The resilient resists shocks and stays the same; the antifragile gets better.”

Recently, the bitcoin network experienced a sort of shock when a massive amount of mining hashpower--estimated to be around 25% of the total on the network—was suddenly shut off following a deadly accident at a coal mine in China’s Xinjiang region. The timing of this mass exodus added to the network stress, since it occurred only hours after the most recent mining difficulty adjustment. Since difficulty only re-targets every 2016 blocks (around 2 weeks) to try and avoid miners attempting to “game” the system, this meant a transaction backlog quickly began to build as blocks arrived slower and transaction fees to be included in a block skyrocketed.

One of the long-standing criticisms of bitcoin has been miner centralization, especially inside China. Miners are incentivized to seek out the cheapest electricity rates, making China’s abundant hydro and coal power sources and their nearly free cost prime targets to set up farms. Using ASIC miners likely contributes to this centralization, as the specialized hardware needed to effectively mine bitcoin is almost exclusively manufactured by Chinese companies. Both concerns have validity; rather hard to argue otherwise given the proof positive in front of our very eyes. However, this “shock to the system” has also highlighted another aspect of the bitcoin network overall.

Antifragility, as author Nassim Nicholas Taleb puts it, is shown when a system actually gets better, more resilient in the face of trials and tribulations. We have all heard the old saying “What doesn’t kill you only makes you stronger”, but rarely have we seen it in practice in a globally distributed system such as bitcoin.

It is likely that a nation-state attack on bitcoin’s mining consensus would follow this very trajectory; wait for a difficulty adjustment, pull hash, allow difficulty to adjust down, then come back online and attempt to perform a 51% attack or even a sort of denial-of-service attack by mining a string of empty blocks, preventing any transaction confirmations on the network.

Bitcoin has a chance to survive an attack from such an adversary due to the intricately robust design of the bitcoin system, but also in no small part due to the users and developers helping to power the nodes and the code.

Bitcoin has long been accused of being at the whims of Chinese miners, but a large part of that argument was tested and proven false in 2017. Next, detractors claimed that a vast majority of hashpower was physically located in China, a claim that could, in part, be challenged using the ~25% drawdown in hash we’ve seen, since approximately 80% of the mining in China is done in Xinjiang during the dry season. Blocks have continued to be mined, transactions have continued to confirm, albeit at higher fee rates.

The difficulty adjustment will likely reduce the hashpower needed, and miners will come back online so that in the end we see faster, cheaper blocks and fees for a period afterward. The network not only survives, but finds a way to thrive despite detractors and “black swan” events. Developers continue to write code, users continue to run nodes and buy or accept bitcoin as payments, adding to demand. In the end we are left with a globally distributed antifragile network; delicately balanced, but relentless in its path forward toward a monetary revolution. Keep fighting.