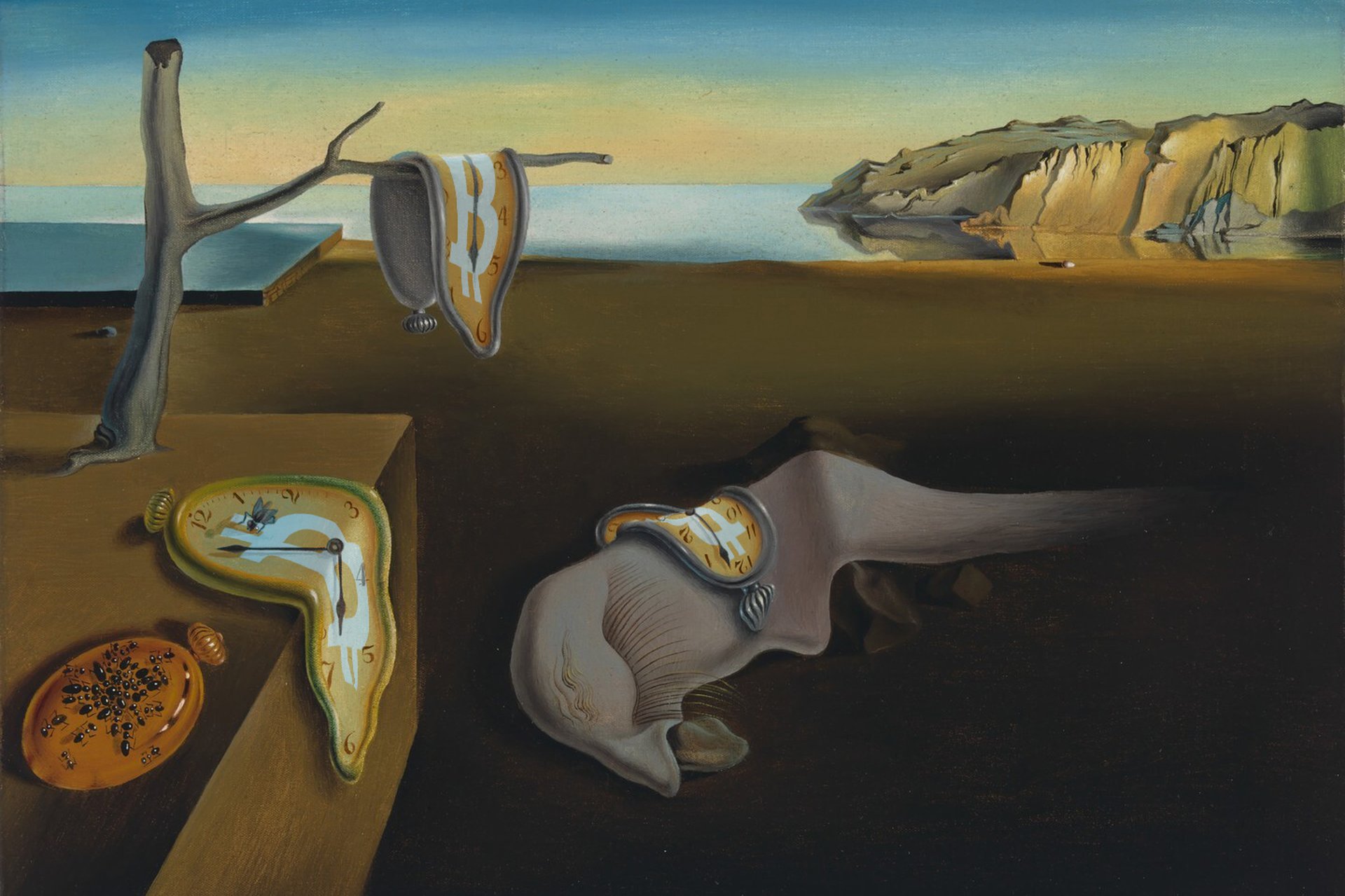 Sign up for our newsletter to also receive announcements, coupons, and special offers!


News of the Month

With all that is going on in the world today, it is important to stay focused on the things that matter--and what matters to us here at Maine ₿TC is to continue bringing easy to use, convenient ways to buy and sell Bitcoin, Ethereum, and Monero to an area near you. We have been fortunate enough to continue growing this month, so be sure to visit one of the new locations and take part in the greatest monetary revolution of our time!

We are on the brink of opening several new locations, including bringing Bitcoin ATM's to Rumford, Bangor, Richmand, and Machias, as well as a new location in North Conway, NH! All of these will be at your disposal in short order, and we certainly have no plans on slowing down any time soon. 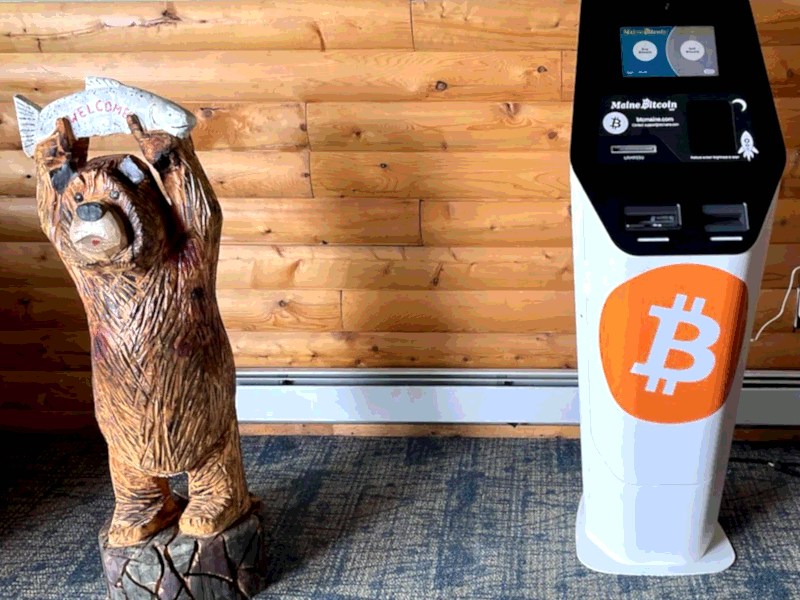 Another month filled with meeting fellow sovereign individuals has passed, but the opportunity still exists to come and see for yourself! There is so much going on that sometimes the thing we end up missing out on the most is human interaction with like-minded people. We hope to continue facilitating these meetups, and really hope to see you at the next one!

These and more future meetup events can be found by visiting the Maine ₿itcoin Meetup Group website. Hope to see you there, and if you have any questions or are looking for more information feel free to contact us. In a very real sense, time is money. Like money, time can be invested to create something of value, and can be traded if the price is right. The inherent scarcity of time in life inspires us to use it efficiently because, if wasted, time cannot be artificially re-created.

Money and time, though, have historically had a tumultuous relationship. Time almost always ravages the value of money primarily because some authority mismanages its supply, devaluing it with reckless abandon. From the debasement of the Roman denarius coins’ silver content in the 3rd century to Zimbabwe’s peak inflation rate of 79,600,000,000% in the 21st century, the same story recurs in different forms throughout the ages – central authorities fund their exorbitant privilege by producing baseless currency. At first this distorts the price signal mechanism and impedes trade, but as the rate of supply growth increases it eventually destroys its own value and, subsequently, its economy.

Throughout much of history, the value of gold has endured because its supply is not centrally controlled. Its natural scarcity rubs salt in the wounds of fiat currencies past and present, serving as a constant reminder that when it comes to money, there is a correlation between supply scarcity and value longevity. If money and time are to finally find harmony and create lasting economic benefits, money must abide by the principle of scarcity prescribed by time and end artificial supply inflation.

Today, these lessons go unheeded. As if suffering from a case of mistaken identity, central banks push for stability instead of accuracy, mistaking the prince for the pauper. Moreover, they appear to suffer from amnesia, inflating currency supplies instead of limiting them, dubiously repeating the mistakes of their failed predecessors. Inevitably, these policies affect our time preference, which in economics refers to our behavior relative to the perceived value of money over time.

The longer an inflatable currency is held, the higher the risk that its value will decrease, destroying the impetus to build savings for the future. Instead, it encourages us to deploy currency sooner than later, either by spending it on consumables, or by investing it and taking on unwanted risks. This orientation towards instant gratification, known as “high time preference,” often leads to impulsive and ill-advised behavior and, as a result, wasted resources. In a word, it creates inefficiency.

Bitcoin, meanwhile, reacquaints money with a long-lost friend – low time preference. In the absence of supply dilution, everyone’s share of money is guaranteed to remain constant in the context of the overall supply, creating an incentive to save it and cultivate better judgment in its deployment. Bitcoin’s fixed limit prompts competition among market participants seeking to acquire coins, assuring that they are earned or exchanged for commensurate value, and that their basis for costliness is maintained. Additionally, competition ensures that prices are both quick to adjust and evident in the economy at large, leading to the efficient allocation of resources. The resulting reduction in waste begets lower prices, which stimulates economic growth by increasing the purchasing power of money – growing Bitcoin’s value.

"Nowadays people know the price of everything and the value of nothing."

A good, sound money necessarily possesses certain characteristics. One of which, scarcity, was discussed last month. Another of these characteristics is known as "portability", which is defined as having the ability to be carried or moved about, or of being transferable. It is essential for a good form of money to not only be widely accepted and demanded with a limited supply, but that money must be portable such that it can be carried about or transferred to a trade partner for goods and services. A certain lack of portability of gold itself can almost certainly be pointed to as one of the excuses given to begin printing paper money--which was much lighter and easier to carry--able to be redeemed for a commensurate amount of the gold which "backed" the paper monies. History shows clearly the inevitable result of such a system, one where trust is taken away from the individual and placed in the hands of governments and other trusted third parties, as being that of debasement and debt-fueled excess at the expense of the very people which were being "helped" by being given a more portable money.

Often, the idea of portability takes the mind to the physical plane, where focus is on the amount of literal weight in one's pockets. It is quite simple to grasp the vast difference in portability between say, gold and bitcoin, without even getting into the facts surrounding their verifiability. One has a real, physical weight, and one doesn't. Easy enough. But I propose another, equally important aspect has to do with the portability of their value.

Bitcoin--through absolute, verifiable scarcity, decentralized governance, and an unrivaled difficulty to change--allows for a return to a sound monetary policy in which value itself is the portable good, able to be carried through time in order to facilitate the trade of your time for the goods and services of others in the future. It is a system which feels so natural we barely ever take the time to examine it truly; to ponder what it means to get up and go to work, to trade your scarcest asset of all--time--for a representation of that work in the form of money. The possession of this money is your proof of work indicating to your trade partner that the real-world value of time was spent in order to obtain it. And so in a sense, what any of us ever trades when going to work or making a purchase at a street market is time value. It is imperative then that the money which is used to store the unrecoverable time value poured into it must properly carry that value through time, lest we find ourselves in a neverending rat race working harder and harder to simply keep up with everyday costs of living. Sound familiar?

So certainly we want the money we use to have portability, and the paper "fiat money" used today fulfills this need quite nicely, especially in relatively small amounts. Yet with bitcoin we see a tremendous leap forward in this regard, removing any need for a physical representation of value, replaced by a string of digital signatures etched into a globally distributed ledger for all to verify. But the true advance goes beyond simply an easing of physical requirements into one of relieving the burden of storing value across time, opening up a fairer, simpler sort of life where everyone is not forced to learn the intricacies of value investing just to try and avoid their savings being inflated away.

To be able to simply work and be paid in a money which cannot be debased means the one thing we absolutely can never have more of--time--is returned to the individual, bringing along with it the power to make decisions based more on want than need. To choose to save rather than be forced to consume. To take back the reins and once again steer our lives rather than be dragged around by the whims of bureaucrats with no regard for the destruction their incessant money printing breeds. And all it takes is the willingness to move off their forced fiat experiment and back onto a sound money standard where your time and value are respected and preserved. Contact us for more info on how you can do so right now.